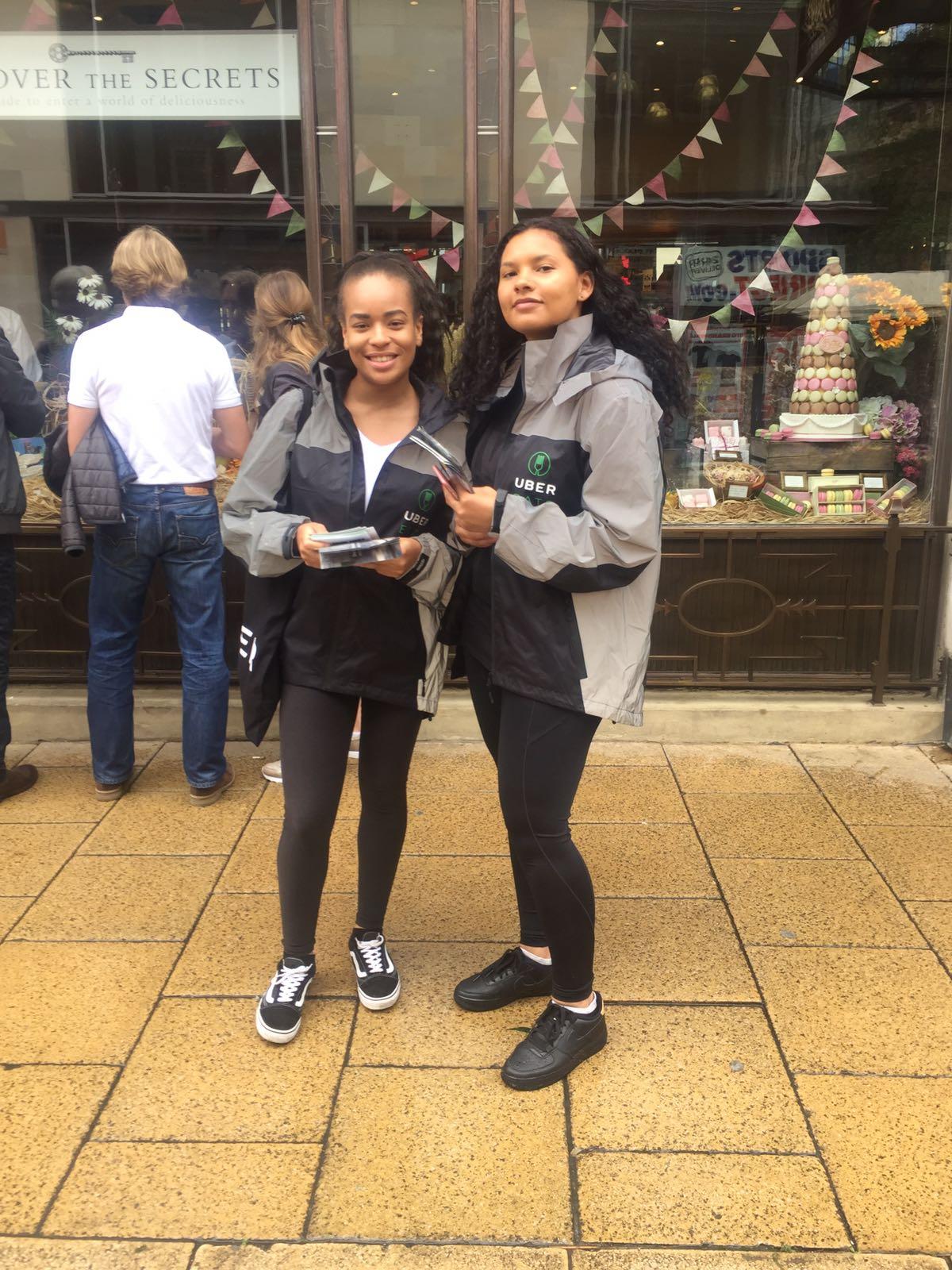 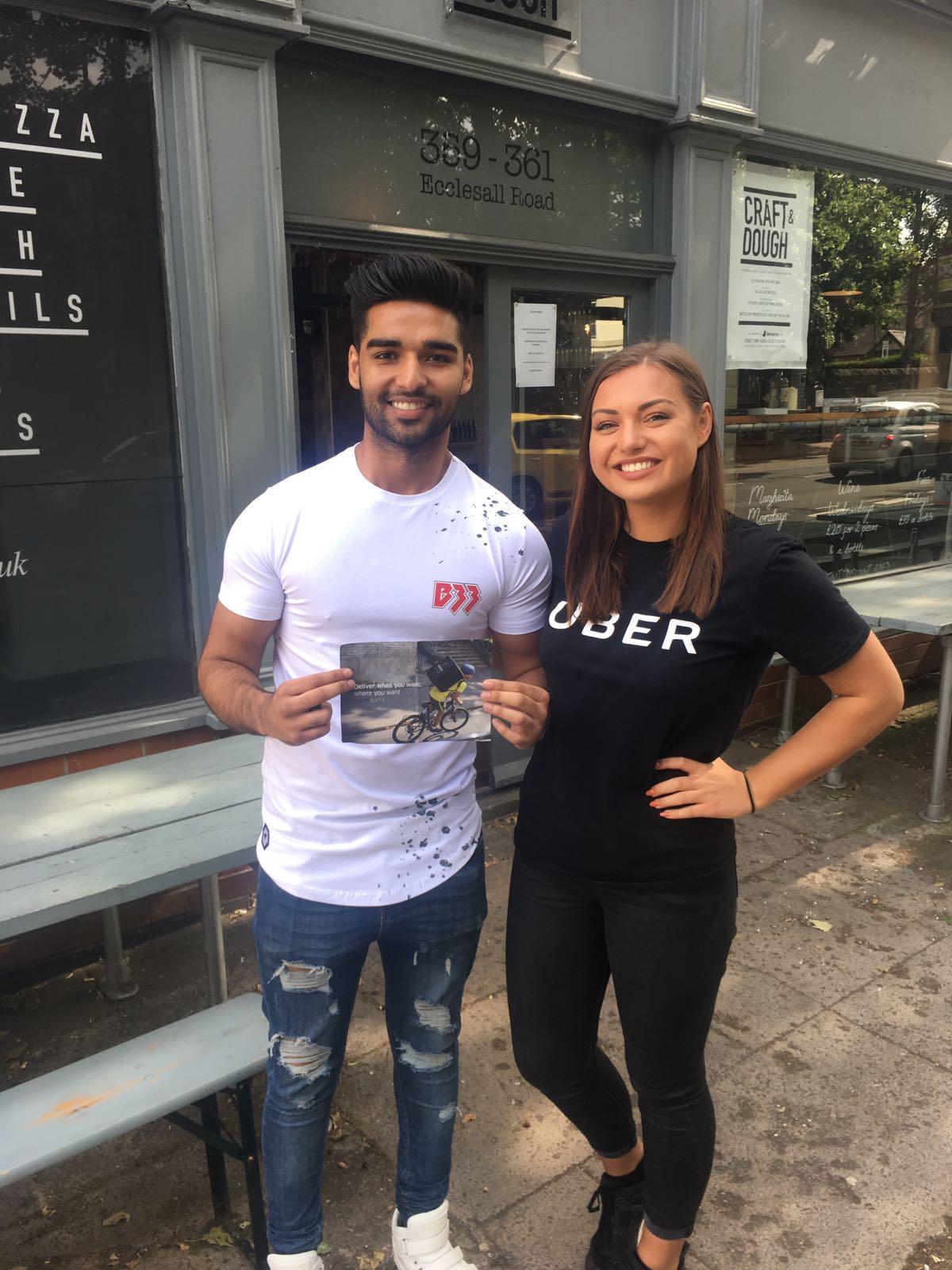 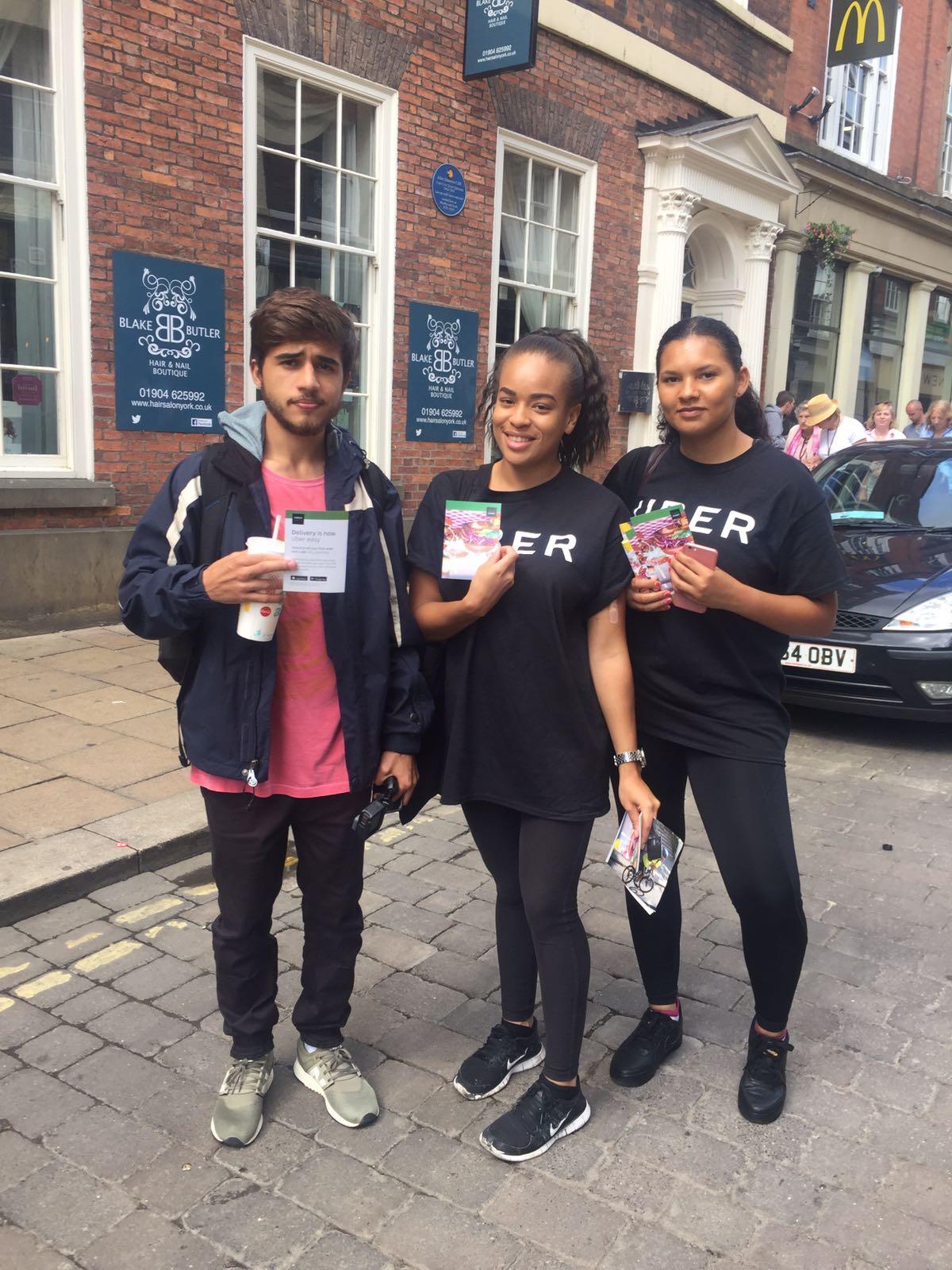 Uber Eats presented us with two goals for their UK launch.

Goal 1: Screen, select & brief as many cyclists in UK towns & cities who are suitable and willing to sign up to the app as food delivery couriers.

Goal 2: Promote the launch of the app in UK towns & cities meeting targets on the number of consumer engagements & number of app downloads.

Following a rolling launch timeline, we activated our Experiential brand ambassadors in UK towns & cities with a two step strategy.

Step One: A month before launch, we entered communities targeting both rush hour and leisure time periods. We approached the target demographic meeting criteria to excite and educate them about food courier roles available at Uber Eats.

Using a short qualifying survey and data capture devices we filled the courier pipeline. This enabled Uber Eats to follow up and onboard chosen candidates.

Step Two: A week before launch, we approached consumers to advise them Uber Eats was launching in their area. Using a ‘first order discount’ promotion we physically downloaded the Uber Eats app onto consumer mobile phones and gave a quick guided tour of how to order.

The NC Group delivered excellent results in both parts of this campaign, using high impact activity to transform the pipeline of both couriers & customers over short periods of time.

We continue to work with the Uber Eats brand today.